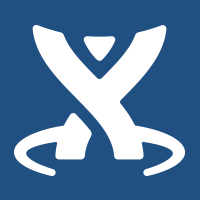 After almost 7 years of running around with a MacBook Pro / Late 2013 Model, I decided to go back to windows. Or at least try...

The main reason to go Mac in 2013 was a friend and his recommendation. Still grateful for that. And no other real option was available for what I was looking for: weight less than 2kg, long battery life, a good looking device - let's be honest here good looking was number one. Good build quality. Performance. Nothing else came even close. And I do work a lot in terminals - made Mac a good choice.

I did never regret going MacBookPro - the build quality is fantastic. The MagSafe charger is too. Very good screen. Quietly running. The touchpad is simply amazing. A lot of good things.

I decided to replace the MacBook for several reasons. The main one: the battery degraded and MacOS did start showing a warning. The tool coconutBattery showed a remaining capacity of 78%. Everything was still working fine. But every other computer I use runs Windows. The switching around became cumbersome.

On the Apple side some of the Mac Book Pro features have been removed: no more MagSafe. I don't like the touchbar.

If I want to believe my Google search history (yes I have that turned on) the first search for "dell xps 15" was 2016. But I was looking for a device with a similarly good touchpad, weight, screen, battery life and good looks. It got more serious in 2018 where I had a lot of struggle with MacOS upgrades. Had to reset the MacBook twice within a year as of weird root certificate issues. Since Dell now offers a good sized touchpad with Microsoft Precision Drivers I thought thats my exit strategy.

The Pain of Ordering

The reviews of Dave Lee, Hardware Canucks and LTT as well as The Everyday Dad (sort of more of the "Mac" perspective) all sounded very good. But they all mentioned touchpad issues where there is a wobble. But they all claimed Dell would replace those parts, and as of June it should not be an issue anymore.

The touchpad had that wobble issue. So I called Dell Premium Support the same day. The support employee was very nice and good to talk to (after the usual 2-5 phone redirects...), a technician would show up the next day with a replacement part (the whole palm-rest needs to be replaced). Sounded good. Ticket closed (?!).

The next morning a received an email that no replacement parts are available and I would be contacted again. Ten days later I called again. No progress, the Dell support told me there is a wait time of 15 business days until something else can be done. Ticket closed (?!). Waited some more. Called again after seventeen days since the delivery. This time a new notebook was ordered for me with a delivery date planned for early October 2020. Not ideal. But well... Ticket closed (?!).

The delivery date was then moved back again into November. Also the notebook with the defect was picked up - had to do nothing there, thats a plus.

In the meantime I decided to order an iFixit kit and replace the MacBook battery myself following the very good guide they provide. In 55 easy steps - ok, a bit messy, because batteries really need to be glued into a chassis, right apple?! - I replaced the battery and in another 55 easy steps put it back together. Took longer than expected: but worked! Back to 100% capacity.

The replacement XPS arrived in the end of October. Nice packaging, good experience. Same touchpad issue with the replacement device! Dell Support again. Had another good call - after 3-5 redirects. Technician for tomorrow. Deja vu. BUT: actually he showed up the next morning. Cool. Replaced the palm-rest. The issue STILL there! I asked him if I'm nuts, but he confirmed that wobble, and that its broken. Weirdly: the old part did no longer have that wobble once not out of the notebook. Only when screwed into the laptop it appeared. He also stated he's replacing this part a lot, more in XPS series than the Precision series. Well. Disappointing quality control - but ok at least they replace the part and don't force you into discussions. New ticket.

New replacement part! He showed up again the next day again. Cool. Another palm-rest replacement. This time: SUCCESS! Finally. So the notebook I ordered end of July 2020 was usable end of October 2020. My very positive unboxing mood: gone by now. GONE! This is an expensive machine. The joy of buying one: GONE. Thats one working palm-rest out of four.

In January 2021 I noted a weird effect: lifting the notebook with one hand on one side caused accidental mouse clicks due to some weird chassis-flex (see Dell Community). The palm rest was replaced twice, also the mainboard was replaced once. Did not resolve this issue. Send the notebook to Dell UK. Issue could not be fixed, so Dell refunded me the Money. After this track record of repairs that was probably the best solution.

Given the issues I found within hours or days, and given a replacement machine had the same issues, I feel the reviews I saw on YouTube where all a bit "lazy"?